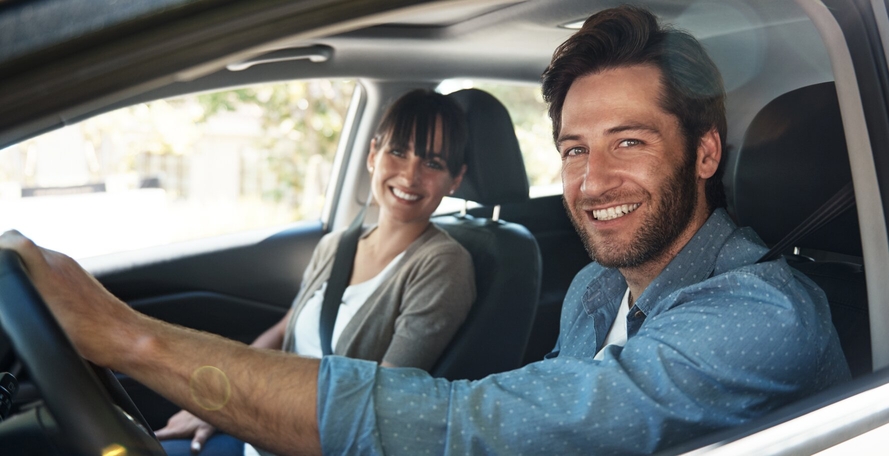 Carpooling is a non-professional driver giving a lift to someone going in the same direction.
Ridesharing is like a taxi service, you pay for a ride driven by a ‘professional’ driver to go somewhere.

The world of transportation has changed and with these new services have appeared new terms.

Popularized with the expansion of Uber and Lyft, ridesharing is taxi service reinvented. The driver is an independent contractor acting as a driver that a rider hails to take him/her/them to a destination of their choice. The rider purchases this service through a mobile application that will connect with a driver nearby who is available to fulfill this request using their own vehicle.

Existing since the beginning of the automobile, the driver is going in a direction and gives a lift to people going in that similar direction. This is not a professional driver, just someone willing to share their ride with others, sometimes in exchange for a reimbursement of the expenses generated by the trip.

How is it different for me?

Ride-sharing as an on-demand service is mostly used for short-term and occasional trips. Carpooling as a partnership between drivers and riders going in the same direction will be more affordable for regular or long-term trips.

What about the 'pool' version of Uber?

Inspired by carpooling, the pool version of Uber or Lyft is merging riders going the same way at the same time in a single vehicle. Similar to ridesharing, the driver is an independent contractor acting as a driver and providing a ride for passengers based on their destination. This is cheaper than a regular Uber or Lyft ride but still way more expensive than carpooling as you have to pay for the driver revenue and the cost of the platform.
Commut is an automated daily carpooling mobile app that merges co-workers and neighbors going the same direction.